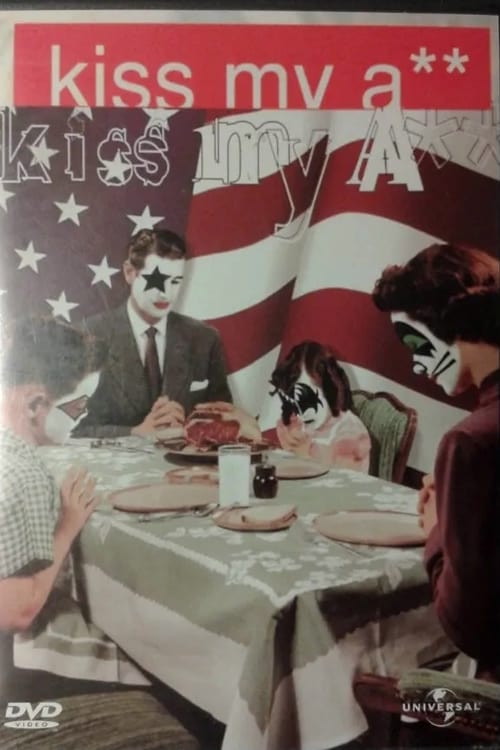 Released in tandem with the tribute album Kiss My Ass: Classic Kiss Regrooved, this home video collection brings together rare and unusual live footage and television appearances by Kiss, playing their explosive hit songs at several stages of their career. Kiss: Kiss My Ass… features excerpts from live performances from 1975 to 1992, as well as rare

In 1973, 15-year-old William Miller's unabashed love of music and aspiration to become a rock journalist lands him an assignment from Rolling Stone magazine to interview and tour with the up-and-coming band Stillwater—fronted by lead guitar Russell Hammond, and lead singer Jeff Bebe.

A live concert in tribute to Freddie Mercury, former lead singer of Queen. Mercury died of AIDS and so some of the proceeds of this concert went to AIDS research. Features performers such as Metallica, Def Leppard, Elton John, Axl Rose, Extreme, George Michael, and many others. Performers alternate between doing their own hits, covering Queen songs, or jamming with the surviving members of Queen.

Matt, a young glaciologist, soars across the vast, silent, icebound immensities of the South Pole as he recalls his love affair with Lisa. They meet at a mobbed rock concert in a vast music hall - London's Brixton Academy. They are in bed at night's end. Together, over a period of several months, they pursue a mutual sexual passion whose inevitable stages unfold in counterpoint to nine live-concert songs.

Rob "Fish" Fishman is the drummer in '80s hair metal band Vesuvius. He's unceremoniously booted as the group signs a big record deal, is out of the music world for 20 years - and then receives a second chance with his nephew's band.

A message from Jim Morrison in a dream prompts cable access TV stars Wayne and Garth to put on a rock concert, "Waynestock," with Aerosmith as headliners. But amid the preparations, Wayne frets that a record producer is putting the moves on his girlfriend, Cassandra, while Garth handles the advances of mega-babe Honey Hornee.

A glowing orb terrorizes a young girl with a collection of stories of dark fantasy, eroticism and horror.

A Reno singer witnesses a mob murder and the cops stash her in a nunnery to protect her from the mob's hitmen. The mother superior does not trust her, and takes steps to limit her influence on the other nuns. Eventually the singer rescues the failing choir and begins helping with community projects, which gets her an interview on TV—and identification by the mob.

In a once-in-a-lifetime musical event, Taylor Swift performs songs from her award-winning album, “Lover.” Filmed in Paris, the City of Love, in September 2019, this show gives fans unprecedented access to behind-the-scenes moments with the artist and marks her only concert performance in 2020.

A Star Is Born

Seasoned musician Jackson Maine discovers — and falls in love with — struggling artist Ally. She has just about given up on her dream to make it big as a singer — until Jack coaxes her into the spotlight. But even as Ally's career takes off, the personal side of their relationship is breaking down, as Jack fights an ongoing battle with his own internal demons.

A chronicle of country music legend Johnny Cash's life, from his early days on an Arkansas cotton farm to his rise to fame with Sun Records in Memphis, where he recorded alongside Elvis Presley, Jerry Lee Lewis and Carl Perkins.

Jake Blues is just out of jail, and teams up with his brother, Elwood on a 'mission from God' to raise funds for the orphanage in which they grew up. The only thing they can do is do what they do best: play music. So they get their old band together, and set out on their way—while getting in a bit of trouble here and there.

Tenacious D in The Pick of Destiny

In Venice Beach, naive Midwesterner JB bonds with local slacker KG and they form the rock band Tenacious D. Setting out to become the world's greatest band is no easy feat, so they set out to steal what could be the answer to their prayers... a magical guitar pick housed in a rock-and-roll museum some 300 miles away.

A filmmaker recalls his childhood, when he fell in love with the movies at his village's theater and formed a deep friendship with the theater's projectionist.

When a wounded Christian Grey tries to entice a cautious Ana Steele back into his life, she demands a new arrangement before she will give him another chance. As the two begin to build trust and find stability, shadowy figures from Christian’s past start to circle the couple, determined to destroy their hopes for a future together.

The true story of pianist Władysław Szpilman's experiences in Warsaw during the Nazi occupation. When the Jews of the city find themselves forced into a ghetto, Szpilman finds work playing in a café; and when his family is deported in 1942, he stays behind, works for a while as a laborer, and eventually goes into hiding in the ruins of the war-torn city.

A version of Shakespeare's play, set in the world of warring indoor and outdoor gnomes. Garden gnomes Gnomeo and Juliet have as many obstacles to overcome as their quasi namesakes when they are caught up in a feud between neighbors. But with plastic pink flamingos and lawnmower races in the mix, can this young couple find lasting happiness?

Alvin and the Chipmunks

Not Another Teen Movie

On a bet, a gridiron hero at John Hughes High School sets out to turn a bespectacled plain Jane into a beautiful and popular prom queen in this outrageous send-up of the teen movie genre.

The Princess and the Frog

A waitress, desperate to fulfill her dreams as a restaurant owner, is set on a journey to turn a frog prince back into a human being, but she has to face the same problem after she kisses him.

A man glimpses the future Fate has planned for him – and chooses to fight for his own destiny. Battling the powerful Adjustment Bureau across, under and through the streets of New York, he risks his destined greatness to be with the only woman he's ever loved.