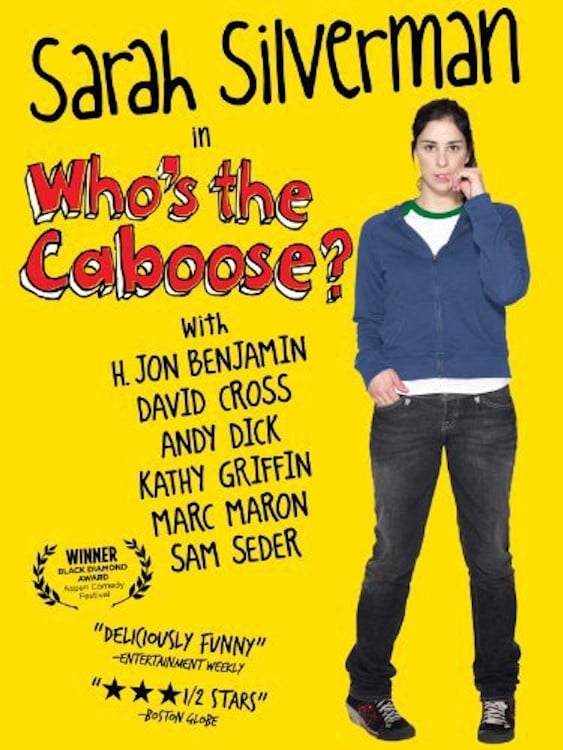 A documentary team gets a grant to do a film on a rare fatal disease that is attacking homeless people. However, they quickly find the film too depressing. Ducking into a nightclub, they discover a young Manhattan comedienne and decide instead to follow her as she makes the circuit of auditions in L.A. as she tries to get a TV pilot. Unfortunately, she has failed to tell her boyfriend of this move. He decides he will trail her out west. There, the boyfriend runs into an old friend who has already made a break on a TV pilot. Seizing the opportunity, the actress turns her attentions to the established actor. However, the actress goes nowhere in auditions, but her ex-boyfriend is suddenly notic ...

Inspired by actual events, a group of fame-obsessed teenagers use use the Internet to track the whereabouts of famous celebrities, then rob their homes of riches.

The Death of Stalin

When tyrannical dictator Josef Stalin dies in 1953, his parasitic cronies square off in a frantic power struggle to become the next Soviet leader. Among the contenders are the dweebish Georgy Malenkov, the wily Nikita Khrushchev and Lavrenti Beria, the sadistic secret police chief.

Lester Burnham, a depressed suburban father in a mid-life crisis, decides to turn his hectic life around after developing an infatuation with his daughter's attractive friend.

Dr. Strangelove or: How I Learned to Stop Worrying and Love the Bomb

After the insane General Jack D. Ripper initiates a nuclear strike on the Soviet Union, a war room full of politicians, generals and a Russian diplomat all frantically try to stop the nuclear strike.

Teen Titans Go! To the Movies

All the major DC superheroes are starring in their own films, all but the Teen Titans, so Robin is determined to remedy this situation by getting over his role as a sidekick and becoming a movie star. Thus, with a few madcap ideas and an inspirational song in their hearts, the Teen Titans head to Hollywood to fulfill their dreams.

Hollywood, 1927: As silent movie star George Valentin wonders if the arrival of talking pictures will cause him to fade into oblivion, he sparks with Peppy Miller, a young dancer set for a big break.

Low-level bureaucrat Sam Lowry escapes the monotony of his day-to-day life through a recurring daydream of himself as a virtuous hero saving a beautiful damsel. Investigating a case that led to the wrongful arrest and eventual death of an innocent man instead of wanted terrorist Harry Tuttle, he meets the woman from his daydream, and in trying to help her gets caught in a web of mistaken identities, mindless bureaucracy and lies.

This Is the End

While attending a party at James Franco's house, Seth Rogen, Jay Baruchel and many other celebrities are faced with the apocalypse.

Vietnam veteran 'Four Leaf' Tayback's memoir, Tropic Thunder, is being made into a film, but Director Damien Cockburn can’t control the cast of prima donnas. Behind schedule and over budget, Cockburn is ordered by a studio executive to get filming back on track, or risk its cancellation. On Tayback's advice, Cockburn drops the actors into the middle of the jungle to film the remaining scenes but, unbeknownst to the actors and production, the group have been dropped in the middle of the Golden Triangle, the home of heroin-producing gangs.

Once Upon a Time… in Hollywood

Los Angeles, 1969. TV star Rick Dalton, a struggling actor specializing in westerns, and stuntman Cliff Booth, his best friend, try to survive in a constantly changing movie industry. Dalton is the neighbor of the young and promising actress and model Sharon Tate, who has just married the prestigious Polish director Roman Polanski…

Shaun of the Dead

Shaun lives a supremely uneventful life, which revolves around his girlfriend, his mother, and, above all, his local pub. This gentle routine is threatened when the dead return to life and make strenuous attempts to snack on ordinary Londoners.

A wealthy New York investment banking executive hides his alternate psychopathic ego from his co-workers and friends as he escalates deeper into his illogical, gratuitous fantasies.

Chris and his girlfriend Rose go upstate to visit her parents for the weekend. At first, Chris reads the family's overly accommodating behavior as nervous attempts to deal with their daughter's interracial relationship, but as the weekend progresses, a series of increasingly disturbing discoveries lead him to a truth that he never could have imagined.

Thirty years ago, aliens arrive on Earth. Not to conquer or give aid, but to find refuge from their dying planet. Separated from humans in a South African area called District 9, the aliens are managed by Multi-National United, which is unconcerned with the aliens' welfare but will do anything to master their advanced technology. When a company field agent contracts a mysterious virus that begins to alter his DNA, there is only one place he can hide: District 9.

A murdering spree begins to happen again, this time its targeted toward the original Woodsboro survivors and those associated with the movie inside a movie, 'Stab 3'. Sydney must face the demons of her past to stop the killer.

The latest battle in the eternal war between Good and Evil has come to New Jersey in the late, late 20th Century. Angels, demons, apostles and prophets (of a sort) walk among the cynics and innocents of America and duke it out for the fate of humankind.

Mock documentary about an upstart candidate for the U.S. Senate written and directed by actor Tim Robbins. Bob Roberts is a folksinger with a difference: He offers tunes that protest welfare chiselers, liberal whining, and the like. As the filmmakers follow his campaign, Robbins gives needle-sharp insight into the way candidates manipulate the media.

To test its top-secret Human Hibernation Project, the Pentagon picks the most average Americans it can find - an Army private and a prostitute - and sends them to the year 2505 after a series of freak events. But when they arrive, they find a civilization so dumbed-down that they're the smartest people around.

He Was a Quiet Man

A troubled loner, Bob Maconel, imagines blowing up the tower in Los Angeles where he works. He takes a revolver to his office intent on killing colleagues, and then himself. At home, he holds conversations with his fish, who encourage him to do it. His supervisor picks on him. As he's screwing his courage to the sticking place, he drops a bullet; while on the floor looking for it, another colleague does exactly what Bob has been planning. Bob emerges a hero and the one colleague he likes, a woman with a bright smile, is severely wounded. Can Bob help her through despair and find himself and joy in life? Or, as everyone says, is this impossible for a man like him?

TAGS :  Who S The Caboose